Fifty years ago this month, three brave pioneers would embark on a voyage the likes of which had never been equalled. A perilous flight into the cold, crushing void of space, travelling thousands of miles per hour atop a rocket-ship burning copious amounts of extremely volatile, highly explosive rocket fuel, before landing precariously on a deserted rock more than 230,000 miles from home.

It would be a defining moment for all humanity. For the three Apollo 11 astronauts, Neil Armstrong, Buzz Aldrin and Michael Collins, there were no such guarantees. The likelihood of not making it back was grimly real. Just two years earlier, during the Apollo 1 launch rehearsal, a fire in the pure oxygen environment scuppered the mission, tragically claiming the lives of all three crew members. If things had gone wrong before, it could easily happen again.

Such was the uncomfortably real prospect that these brave men would not survive the trip Richard Nixon, President of the United States, even had a speech prepared in advance, which he would deliver to the nation in the event that the mission ended in tragedy.

To complicate matters further, the idea of a potential mission failure had reached far beyond the NASA camp, and when it came time for the three men to secure adequate life insurance, they were left facing a similarly bleak outcome.

The slim odds on survival, coupled with the infamous Apollo 1 disaster, meant precious few companies were willing to take what was, quite literally, an astronomical risk in financial terms. Those that did, didn’t offer much. 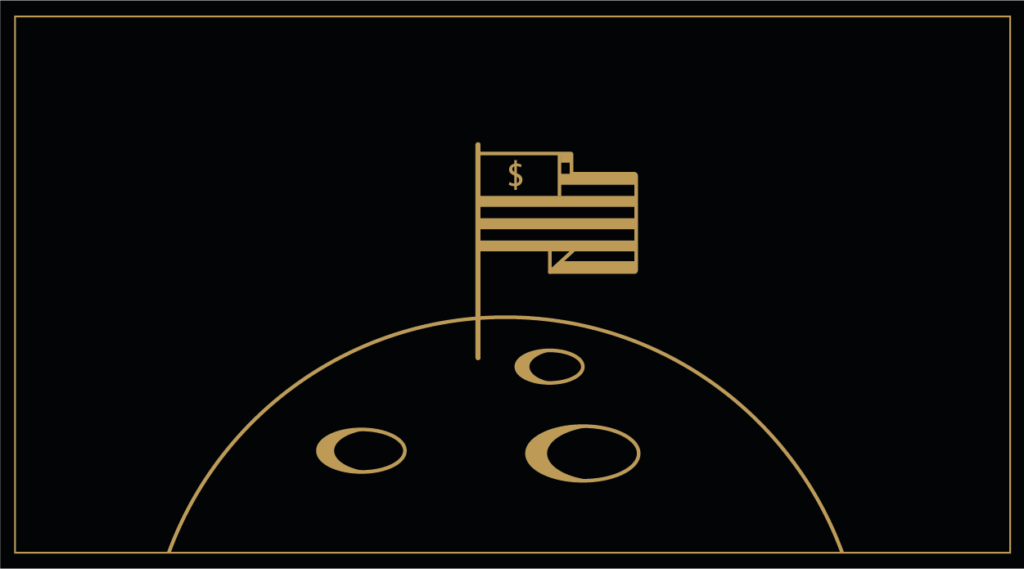 Ordinarily, this mightn’t have been a problem in the grand scheme of things. But all three men had families, and the risk wasn’t theirs to burden alone. Even though NASA did have its own insurance program, it didn’t cover astronauts when flying, which was considered “experimental” and too high-risk.

Houston, it seemed, had a problem.

At least that’s how things would have been, if not for the ingenious idea thought up by Armstrong & co.

Despite facing the tough reality of their own mortality and impending risk, Armstrong, Aldrin and Collins’ minds focused on the loved ones they may not return to.

With life insurance a realistically unviable option, an ‘Astronauts Insurance Cover’ plan was devised – with the three signing hundreds of envelopes to be given ahead of launch to trusted friends.

In the event of a tragedy, these specially designed commemorative envelopes would carry great value, given the enormity of the mission and the fate of the signees, thus securing the financial futures of their respective loved ones. 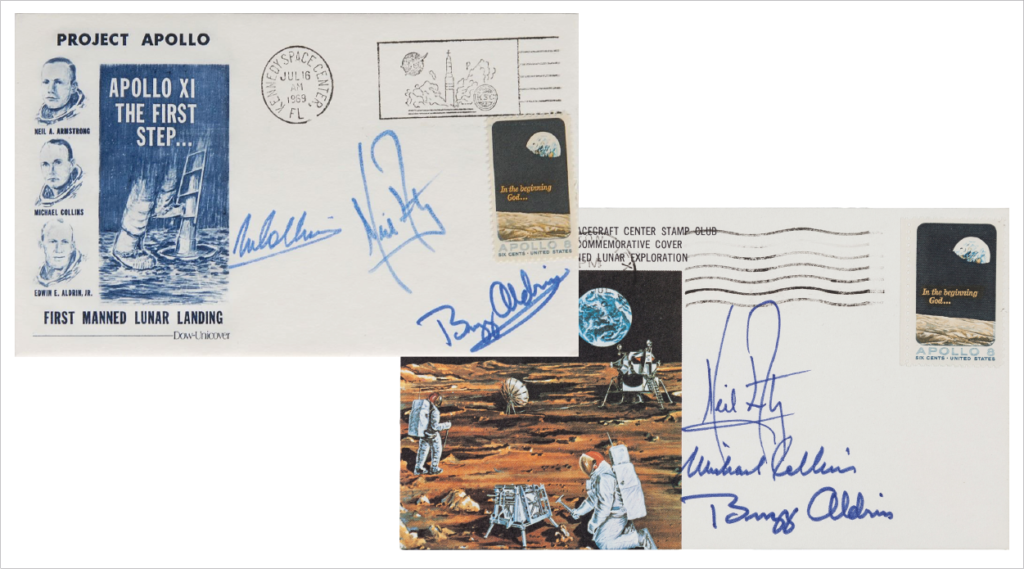 Happily for them — and the rest of the world — the envelopes were never required, and President Nixon’s address was a groundbreaking, momentous one for all the right reasons.

Thankfully, this extreme and unique case of life insurance being virtually inaccessible is not something most people have to worry about — although ensuring loved ones are financially protected most certainly is.

While circumstance dictated that these three astronauts had to be proactive in securing the financial futures of their families, leaving behind family and loved ones is a situation that we all face, whatever stage of life and whatever our own sets of circumstances.

Wills & Trusts are experienced chartered financial planners who specialise in ensuring your hard-earned financial assets go where you intend them to go — offering you peace of mind for the security of your loved ones.

While Armstrong, Aldrin and Collins had to find a creative, innovative way to start securing their families’ future, here at Wills & Trusts you’re just an email or phone call away.